Back then Alan and Irene Fleetham were a young hard working couple with 3 children between them, a mortgage and no money for any luxuries in life. More week than wage was the norm, you know the score. Alan was an experienced but unappreciated bedroom fitter working in Hull and Irene worked in an accountant’s office in York. It was a very terrifying and big decision to step into the world of self employment, but needs must. Whilst still working Alan traded in his car for a van and they placed an advertisement in the Pocklington Post and York Evening Press for six weeks just to see what happened. Irene carried on working. They made rules for themselves that were to be strictly adhered too. Keep working until 6 orders were in the books. Never never get into debt. Always give clients a fair price on fitted bedrooms. Never let anyone down Always maintain standards on everything. 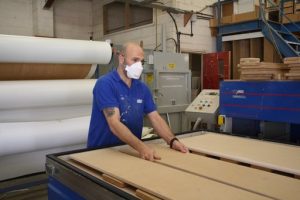 With only £15 in the bank a bag of tools and oodles of enthusiasm the day dawned when six orders were secured. Alan gave in his notice and started making the fitted bedroom furniture in the garage till all hours of the night hence Moonlight Bedrooms. As time passed and word got around the orders increased. But space was at a premium in the garage so they rented an industrial unit on Pocklington Industrial Estate. The small office doubled up as a showroom and staff were then employed. In no time that unit was too small and in 1991 they had a bespoke factory built with a larger showroom. Irene still worked part time in York but eventually gave up her job to devote herself full time to the company. Unfortunately the road to the factory was unmade and they decided to rent a showroom in Pocklington centre to make it more comfortable for clients to visit and combining this with a visit to the varied shops in Pocklington. Orders increased even more and they were now covering a 50 mile radius stretching to North Yorkshire and the East Coast. When fitting a bedroom in an area orders would soon be secured from neighbouring houses and relatives all by word of mouth and a reputation spread for excellence and a fair price. In 1993 Moonlight Bedrooms were finalists in the York Evening Press “Business of the year” competition. 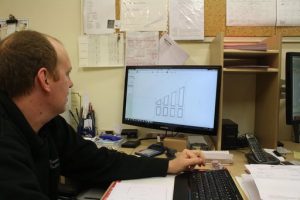 Over the years many recessions have disabled the country and small business ‘s are the first to suffer but Moonlight Bedrooms found that although house prices slowed and high mortgage repayments crippled many people most clients started to “improve, not move”. Coupled with the fact Moonlight had no debts they could overcome the lean times whilst other competitors succumbed to the inevitable and closed. Through good times and bad Alan and Irene kept to their rules and maintained a sense of humour. They always intended to retire when Alan was 55 and aimed for that time with enthusiasm. So in 2007 they stepped down and their son’s took over the business. Steven Fleetham (Alan’s son) had worked within the company from the age of 16 and started at the very bottom in the factory. He progressed over the years to be the best fitter Moonlight have ever had and truly a chip of the old block. His step brother Gary Watson (Irene’s son) was a printer and joined the company and between them they have maintained the steady flow of the company. Their metal was truly tested as within months of taking over with the showroom completely flooded in 2007 and then again later. Coupled with the nations recession and then the double recession it was not easy for them but neither is life. But still keeping to the original values they are weathering the storm and maintaining a family sense of humour.

We offer Free survey & quotes and are based in Pockington but cover a 50 mile radius to include York , Driffield, Bridlington, Malton, Scarborough, Helmsley & Beverley area